Coming to Coffs Harbour, I was amazed by the rich musical talent that exists within the Conservatorium. So as a fun way for me to share my exciting adventures with my friends and family back in the Big Smoke, I have made it my mission to interview my fellow colleagues, parents and students of the Con!

To launch this series, the first on the chopping block is Phill Stitt! He is the Con’s resident drum guru, jazz nut and paternal extraordinaire to six kids, one of them being Danny Stitt ,the Con’s grandmaster of electric and upright bass,  and the other Shannon Stitt, who is a phenomenal Jazz pianist (attested by me).

When Phil is not behind the drums teaching rolls and riffs, he is jamming with other cool jazz cats in the weekly live music sessions at his bar, The Spare Room. So in the spirit of seeing so many big families who come to the Con to learn music, I pick Phill’s brain on how he managed to make music an essential part of his family life alongside his beautiful wife Lindy, of course!

1 – So tell us Phill, what role did music play in your early life?

My great grandmother and grandmother were amazing honky tonk piano players, so in my upbringing, there were just parties at home all the time and everyone would be singing and playing the piano. I thought that was normal and all families lived like that, until my friends would come over and experience it… That said, music was an integral part of my family life and there were always records playing in the house and I would listen and sing along to them on repeat! My parents bought a lot of the records from the Golden Age and they would play the songs that we will often sing around the piano.

2- How did you cultivate such a love for music at home while you and Linda were raising your kids?

Having music at home is quite inherent in me. My mum’s side of the family are all Irish so they sing all the time and my older brother was part of a well known folk trio so he would always play and rehearse music at home. This was a similar case with my kids as their influences were from me and music was never forced upon them. It was always important to have music on in the house, CD’s, tapes, vinyl, radiogram, you name it! From a young age, my kids learnt to perform through Church and they would hear me practice at home. Let’s not forget I had Jazz on all the time and they would fall asleep in a bouncinette in front of the bass drum while I practiced. The drum kit , guitars and keyboards were always open for them to play throughout the day.

“My kids would fall asleep in a bouncinette in front of the bass drum while I practiced.”

3 – Sometimes simultaneous music learning in big families could unwelcomely encourage sibling rivalry. Was this ever an issue amongst your kids? Even if not, how did you make sure it would not happen and how did you support and celebrate your children’s development of their individual musical voice?

Competition was never a thing amongst my kids because all of them have similar musical tastes in Jazz, particularly with Danny and Shannon. If both of them had a choice of one genre of music to listen to on a deserted island, it would be Jazz! However, Danny is also really into heavy metal, which is quite incredible.

Also because they played in Church for years, it wasn’t about being competitive but being part of a team. Lindy and I made sure all our kids grew up with lots of love and definite boundaries. We are very thankful they are now all best mates. And that’s just family, humour is the glue that keeps us together and the kids pick up on that!

“We were taking our kids out to gigs in baby capsules”

4 – You are a man of many talents,  you sing and play the drums and sax. Was finding time to practice challenging whilst raising your family? How did you keep craft alive when your attention is demanded amongst six + one (Linda)?

At an early point in my marriage, I didn’t play much for two years and in fact, gave my instruments away. I was undergoing some extreme spiritual phase outside of music. Practice took a backseat because raising my kids was the priority. But I returned back to playing in bands after having my last child and I found practice time whenever my kids were asleep.

5 – As a fellow music educator, you would agree that lessons only play a part to the holistic musical development of a student. What advice can you give to parents, who don’t necessarily have a musical background, in nurturing a passion for music making at home?

Nothing alarms me more when I ask a student what does Mum and Dad listen to at home and they go “Nothing’ and I go “Wait, you don’t have music going on in the house?” and the answer is “Nup….never…”

Aside from being encouraging of your kid’s music learning, I think we could all agree that playing music in the house is just as important. That could be any music, not necessarily jazz, but just anything to get your kids connected with sound. If you see your kid loving a film, go buy the soundtrack or sheet music.

I also suggest taking your kids to go see their teacher perform or see live music whenever you can!

6 – I always love seeing you, Danny and Shannon perform, is it any different playing with your family than playing with other professional musicians?

Yeah, I think there is. There is a lot more trust and being comfortable with one another and not having expectations, because we’re family. We don’t have to prove anything and there is a special bond you have with your kids when you get to play music together. There is always an appreciation and joy when we play together in the band.

Phill has kindly curated a small playlist of jazz music for any parents who are interested in opening up the wild world of the Jazz for their kids.

For even more jazz, Phil, Danny and Shannon have been busy in the recording studio creating their first album together. So do keep a look out on The Spare Room socials for this exciting new release. You can also catch them doing what they do best with their band every Wednesday and Sunday night at the Spare Room in Sawtell!

Learn an instrument
at any age

What else is happening at the Con?

Concert 4 – Appalachian Spring The final concert of the inaugural Coffs Harbour Festival of Chamber Music sees a program that spans the musical ages. Beginning with ‘The Hunt’ String Quartet by Mozart, the concert opens with energy, fun and trademark joy associated with Mozart compositions. The second piece is 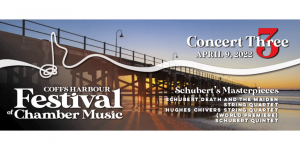 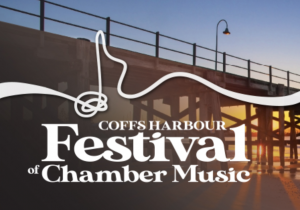 Following two years of interruptions, cancellations and postponements, the Festival brings arts and culture back to the Coast in spectacular fashion, delivering some of the country’s finest musicians on stage at the Coffs Con for a celebration of chamber music, arts, culture, and community. The festival will begin on Friday 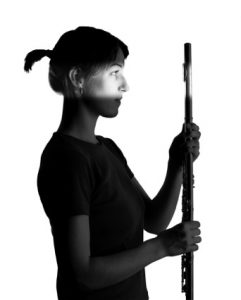 The Coffs Con is excited to announce the appointment of Anna Rheingans as our newest member of staff and dedicated Flute Teacher! Anna comes to us with a wealth of experience, namely playing principal flute in a number of European orchestras, performing at the highest level and developing a passion