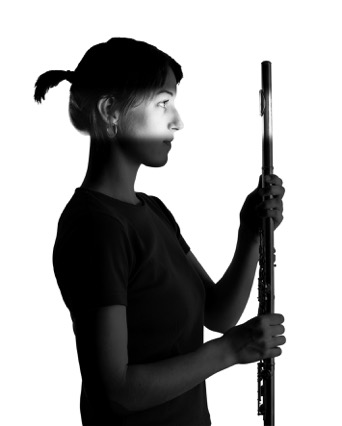 Anna started to take her first instrumental lessons at the age of six in Prague. After finishing her school days at the Prague musical college she earned a diploma (flute) at the Prague Conservatorium (class of Jan Ostry) and went on to study at the University of Music, Vienna, with Hansgeorg Schmeiser (flute) and Gertraud Wimmer (traverso), graduating in 2013.

Anna has successfully performed at national/international flute and recorder competitions, among others she won prizes from Engelskirchen (Germany), Haifa (Israel), and the Prague Spring Competition. She has regularly attended Masterclasses with outstanding musicians such as Susan Milan, Vicens Prats, Karl-Heinz Schütz, Philippe Bernold, Barthold Kuijken and held a scholarship of the International Music Academy Liechtenstein.

Anna had a vivid career as principal flautist in various European Philharmonic Orchestras (2007–2017) and is also a dedicated chamber music player. She recorded several CDs and has performed in concerts halls around the globe, including Prague, Munich, Berlin, Pretoria, Madrid, Vienna, and Sydney.

During her career, Anna has experienced how important expert guidance is––and over the last twelve years, she has become a dedicated instructor herself. She has taught students from beginner to professional, with a focus on children and young adults. She has also taken part in various community music projects, youth concerts, and programs for early musical education at schools in Germany. Holding masterclasses for flute/recorder and roles as external referee/judge are a further part of her contribution to musical education.

Where did you undergo training?
Prague Conservatorium, University of Music and Performing Arts (Vienna)
What instrument(s) do you teach?
Flute, Baroque Flute, Recorders
What is your favourite genre of music?
Classical, Jazz
Who is your favourite musical artist or composer?
Very difficult question as there are so many of them. Mozart, Dvořák, Bobby McFerrin