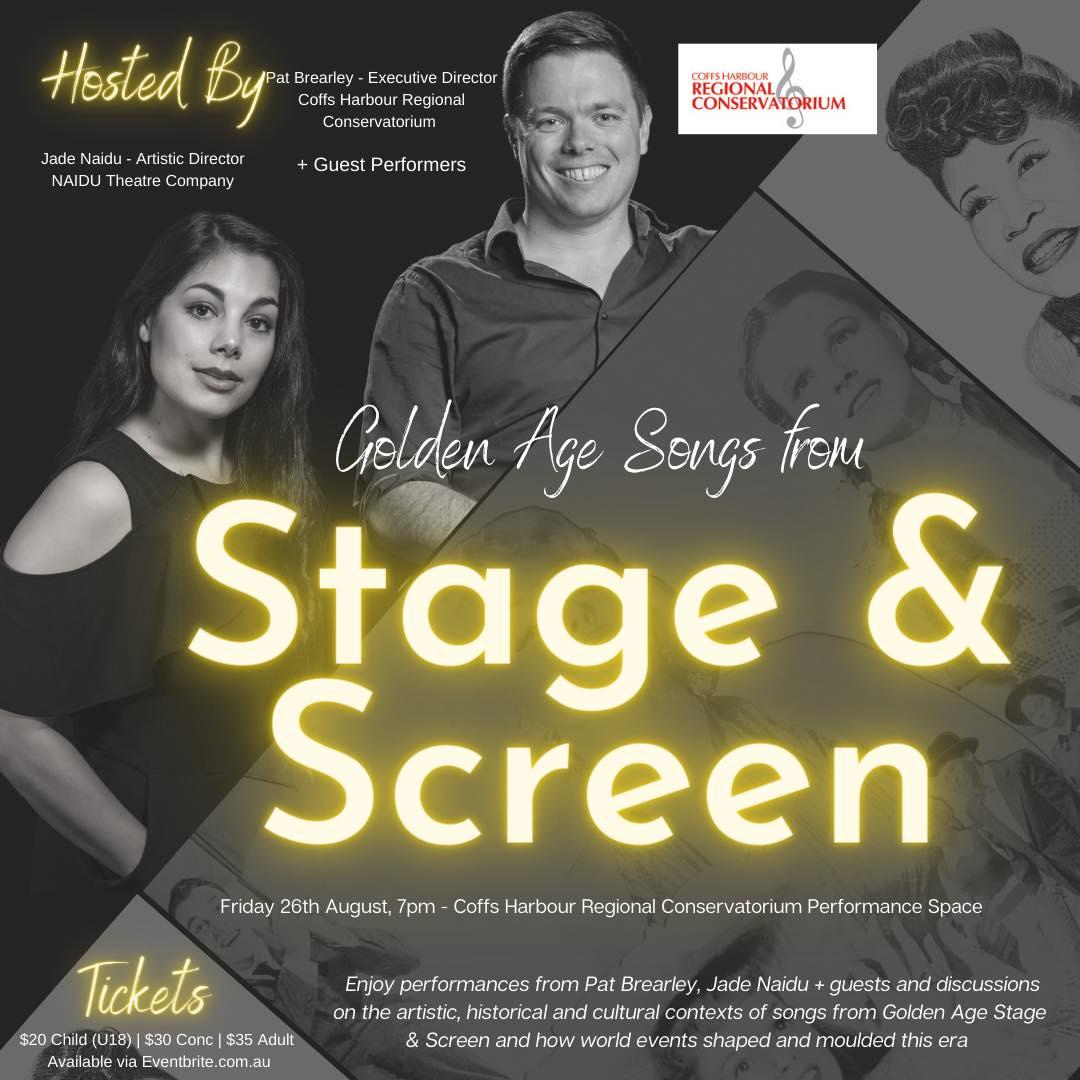 Golden Ages of Stage and Screen

BACK BY POPULAR DEMAND!

Join two of the most dynamic music makers on the Coffs Coast, Executive Director Patrick Brearley (Coffs Harbour Regional Conservatorium) and Artistic Director Jade Naidu (Naidu Theatre Company) as they co-host a Concert style performance of songs from the Stage, the Screen, and everything in between from the Golden Age Era 1930-1960.

Joined on stage by international concert pianist Roger Cui and leading vocalist from around the country, Patrick and Jade present performances and discussions on the artistic, historical and cultural contexts of these songs and how world events shaped and moulded this era. Featuring some of the world’s most iconic stage & screen composers such as Rodgers & Hammerstein, Leonard Bernstein, Arthur Hamilton, Irving Berlin and more.

Adult and concession tickets include a complimentary glass of bubbles upon arrival, so kick back and enjoy some beautiful music, discussion and collaboration once more at the home of music on the Coast, the Coffs Con.