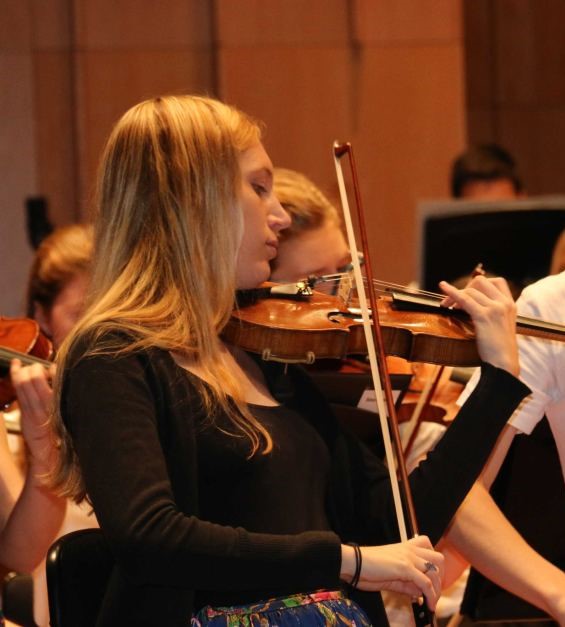 Annabelle is an exciting, emerging Australian violinist. She has lived and worked with many professional orchestras and taught many string students across Australia and New Zealand.

In 2017, Annabelle completed her Bachelor of Music (Performance) at the Sydney Conservatorium of Music under the guidance of Associate Professor, Alice Waten. Annabelle was the recipient of the Ted & Susan Meller Memorial Scholarship during her BMus studies.

In 2018, Annabelle moved to Auckland to work on a contract with the Auckland Philharmonia Orchestra, as a Manchester String Fellow, performing some of the great symphonic repertoire and gaining valuable experiences working within the orchestra.

2019 saw Annabelle return to Brisbane, to settle into a more established routine of teaching and performing violin and viola. Annabelle works regularly with the Queensland Symphony Orchestra and has a thriving studio of private students. Her highlights of last year include performing ​Romeo & Juliet​ with the Queensland Ballet and ​Spartacus ​ with the Bolshoi Ballet, performing with Jessica Mauboy and Delta Goodrem in the Logies on the Gold Coast (which was televised nationally on Channel Nine) and her End of Year Student Concert at Robertson Park Retirement Village (in which Annabelle collaborated with another local piano teacher to play for friends, family and local residents of the retirement home).

The past two years have seen Annabelle tour nationally, perform alongside some of the world’s finest musicians and in some of Australia’s finest symphony orchestras, and collaborate and perform with the Australian Youth Orchestra’s exceptional chamber orchestra, the Momentum Ensemble.

Where did you undergo training?
Sydney Conservatorium

What instrument(s) do you teach?
I teach Violin, Viola, & Ensemble Direction