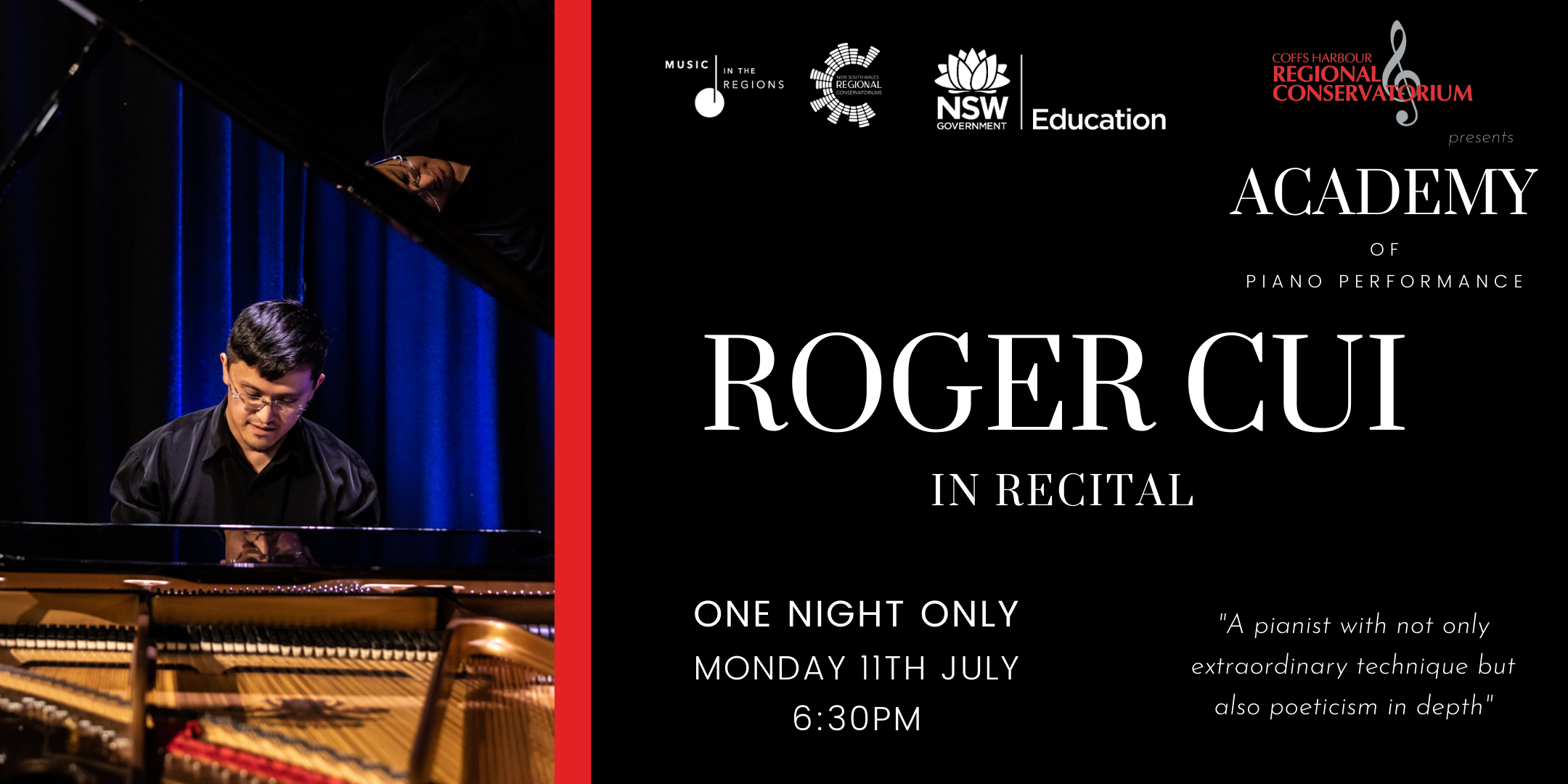 Don’t miss out on this wonderful performance – the opening night and launch of the inaugural Academy of Piano Performance, presented by the Coffs Harbour Regional Conservatorium. Roger will be performing a virtuosic selection of Liszt – a revolutionary 19th century composer who continues to push the boundaries of pianists today.

Roger is a prestigious soloist, who has performed in major international piano competitions in Australia, New Zealand, U.S.A and Germany. A prodigious talent, Roger won second prize at the prestigious Lev Vlassenko Piano Competition at the tender age of 18.

Roger has many ties across Australia and Germany. After he completed his Masters of Music in Karlsruhe, Roger was appointed as a Yamaha “Young Artist” with the Yamaha Europeans Headquarters in Hamburg, which included touring Europe extensively as a soloist and chamber musician. He now works also as the artistic executive for the Blacknote Production Studio in Hamburg, Germany. From his wealth of experience as a competitor, Roger now serves as the chair of jury for the Kayserburg International Piano Competition.

As of 2022, Roger is the Head of Piano here at the Coffs Harbour Regional Conservatorium. He wishes to initiate many new musical programs like the Academy of Piano Performance.This Program is possible by the funding of Music in the Regions – a newly formed, independent touring organisation connecting classical musicians with regional audiences across New South Wales.