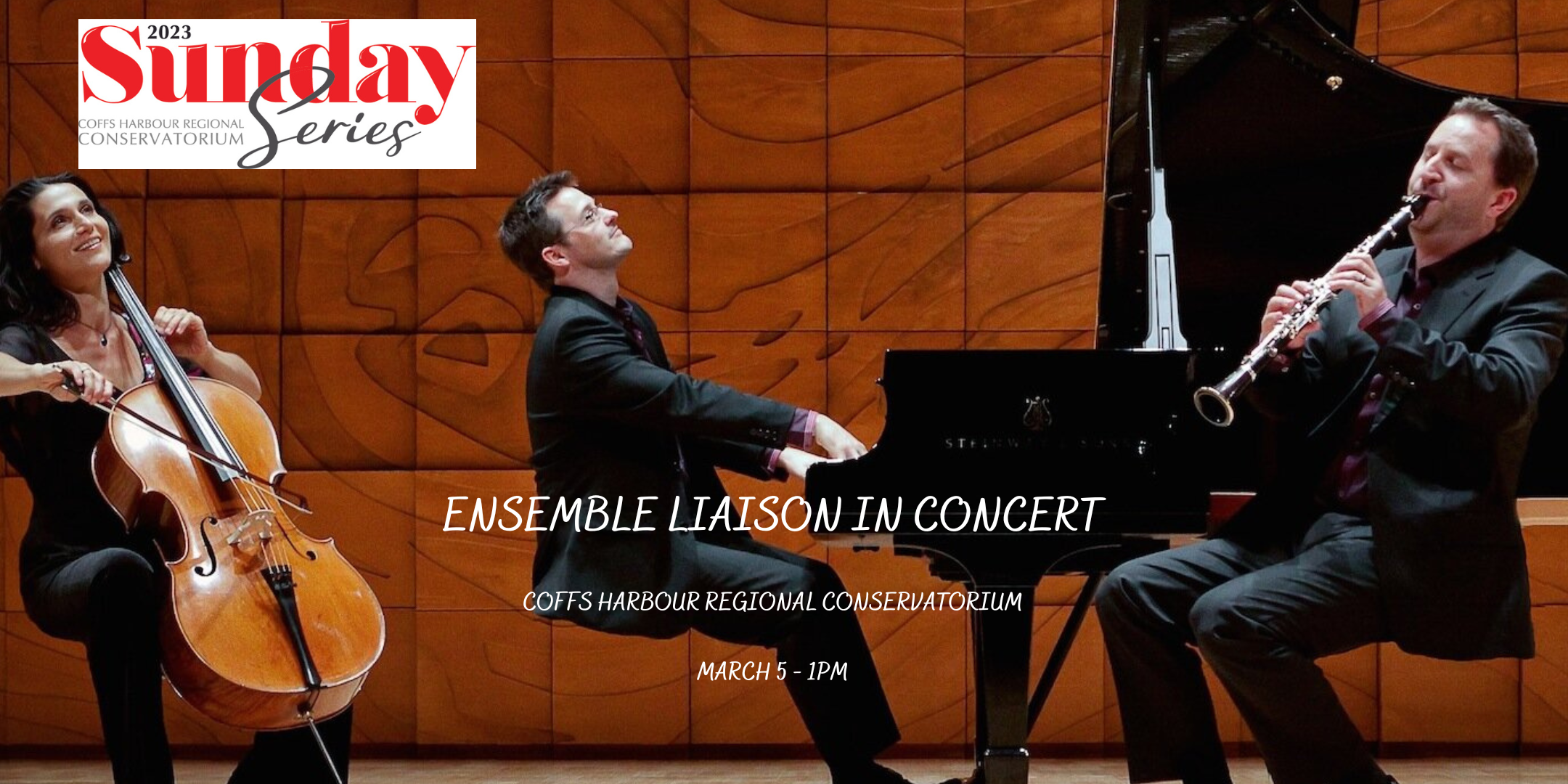 Welcome to the 7th year of the Coffs Con’s Sunday Concert Series!

Concert 1 sees another first-time performance in Coffs Harbour. Described by Limelight magazine as a ‘national treasure’, Ensemble Liaison is one of Australia’s leading internationally acclaimed ensembles. They are renowned for their captivating and engaging performances, appealing to audiences from all walks of life. They presented their first concert series at The Edge, Melbourne, in 2007 and have become known as a tour de force, recognised for imaginative and innovative programming, setting the trend for brilliant collaborations with leading artists. They have performed across Australia and New Zealand, including a ten-concert tour for Chamber Music New Zealand, and appearances at the Queensland Performing Arts Centre, Government House, UKARIA, Musica Viva Australia, Australian Festival of Chamber Music in Townsville, Port Fairy Spring Music Festival and the Woodend Winter Arts Festival, and in 2012 gave a series of festival performances in Central Europe. Critics have hailed their performances with superlatives such as ‘spellbinding’, ‘flawless’, ‘a revelation’, ‘moving’ and ‘joyous’.

At the special time of 1pm, this spectacular afternoon of chamber music is the perfect way to begin the year’s performance calendar at the Con. A complimentary glass of bubbles on arrival for all 18+ ticket holders, this concert is one not to be missed.